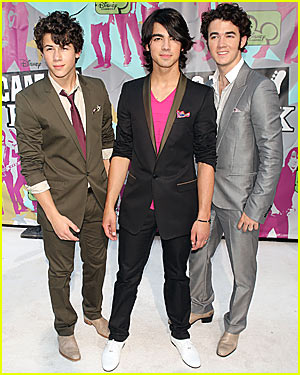 Another reality show about a showbiz family is heading to E!:

Kevin, Joe and Nick Jonas have landed a development deal with the network, and a source describes the series. — currently being filmed — to the New York Post as a “family reality show.”

The show will be based in New York, and will follow Kevin and his wife Danielle Deleasa, while cameras will also capture Nick working on the Broadway musical “How To Succeed In Business Without Really Trying,” and Joe’s new life in New York.