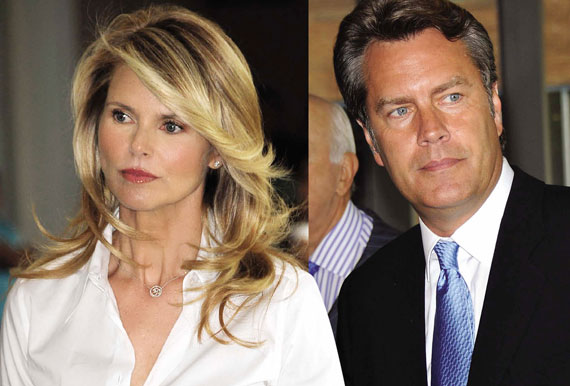 It’s been four years since Christie Brinkley settled her infamous with divorce with cheating ex-husband Peter Cook, but the pair are headed toward another battle.

While most of their issues have been settled out-of-court, sources tell the New York Post, “neither side is willing to budge on a new slew of legal motions filed in the past several months.”

So what gives? “Both sides accuse each other of breaching a divorce-settlement clause that prohibits aggressive communication,” reports the Post.

Christie wants $400,000 from her ex for sending her a terse email about selling the boat they both end. But a Cook source claims Christie is supposedly scheduling trips with their kids, Sailor and Jack, during his visitation time and badmouths him to them, as well.

And here we go…