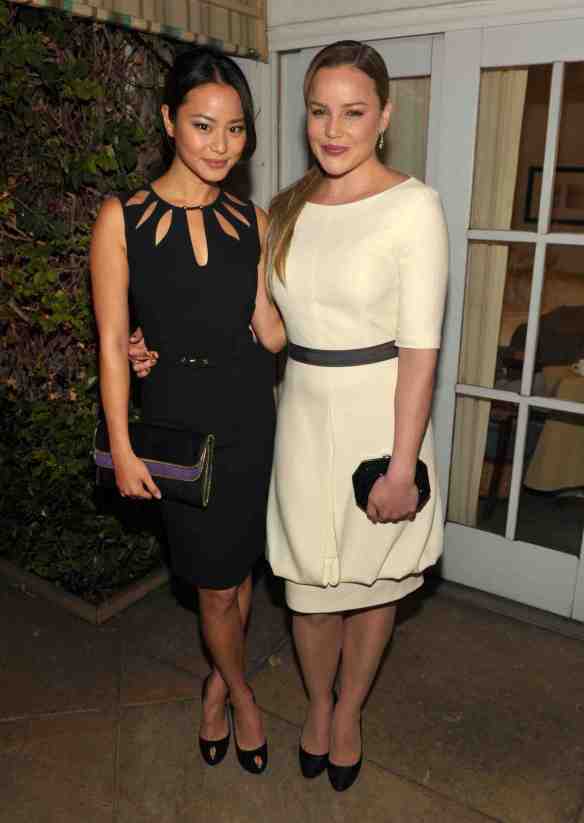 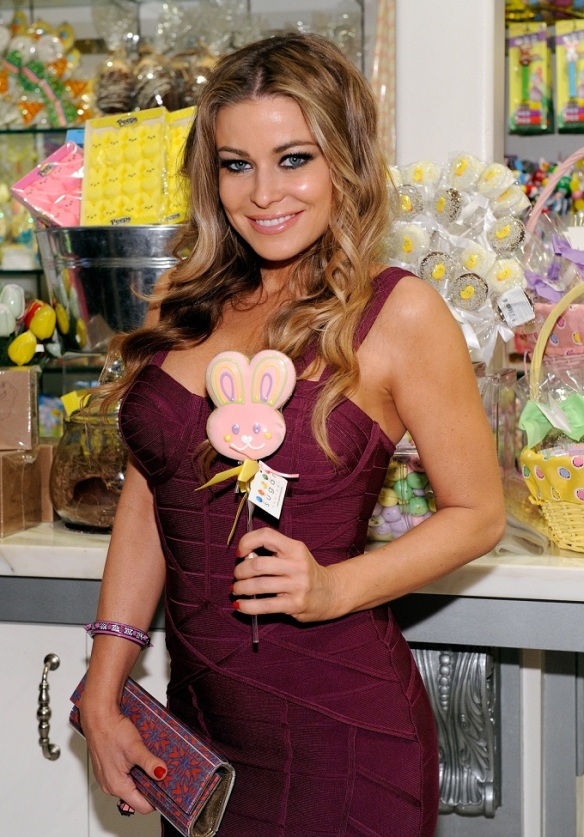 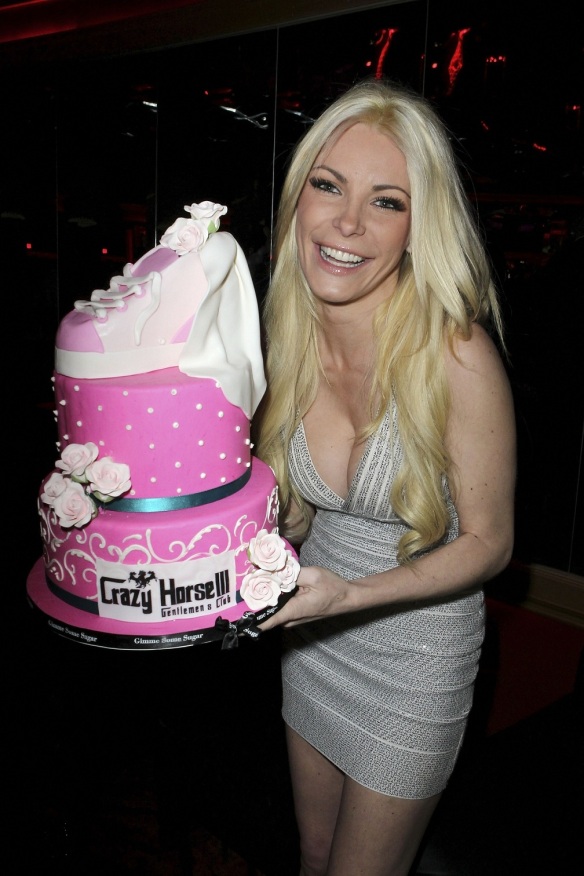 And she was a good sport, considering she was presented with a runaway bride-themed cake — complete with running shoes and a veil — at Crazy Horse.

The Playboy Playmate, who spent the night with her parents (see photo below), wore a Herve Leger dress and YSL pumps. She spent the night sipping on Grey Goose cocktails and Moet & Chandon champagne, and snacking on strawberries with whipped cream. 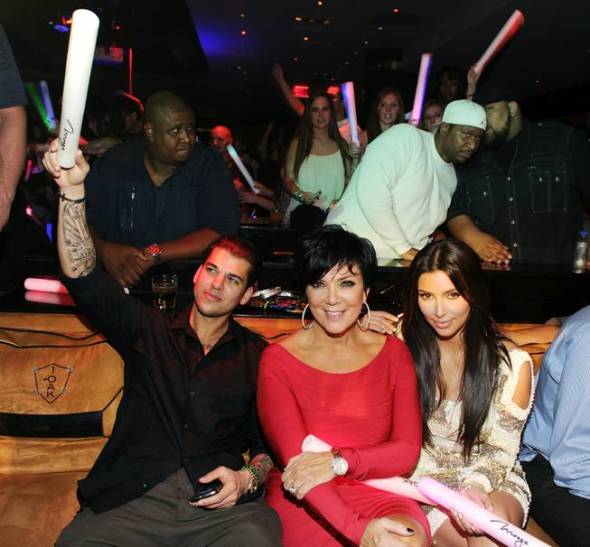 Rob Kardashian celebrated his 25th birthday in Las Vegas Friday night with with mom Kris Jenner and sisters Kim Kardashian and Kendall and Kiley Jenner.  They had dinner at Stack, followed by a visit to 1 OAK nightclub at the Mirage.

Click on a photo to launch the gallery below: 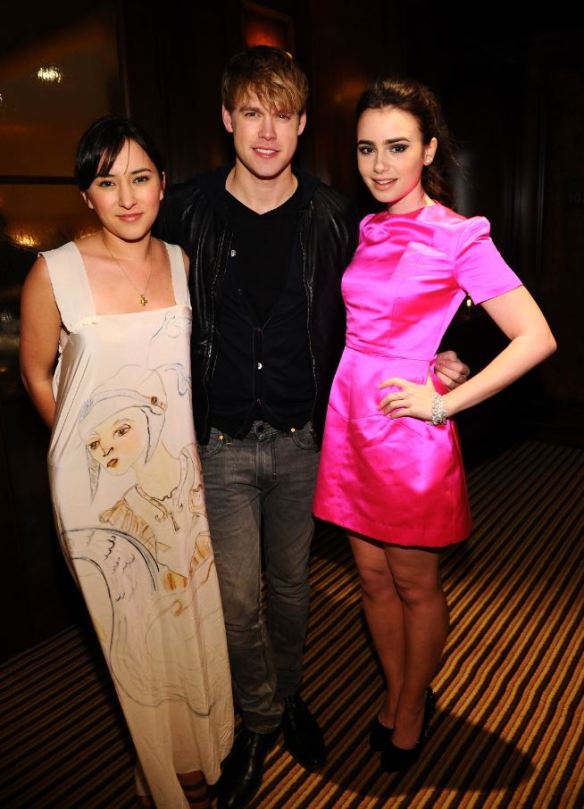 Jessica Simpson and Snooki aren’t the only starlets celebrating their covers this week.

But the party — where Voli cocktails and Blue Moon flowed freely —wasn’t just to fete Lily’s cover: Since she turns 23 on March 18, she was surprised with a birthday cake — which appropriately had her NYLON cover on it. 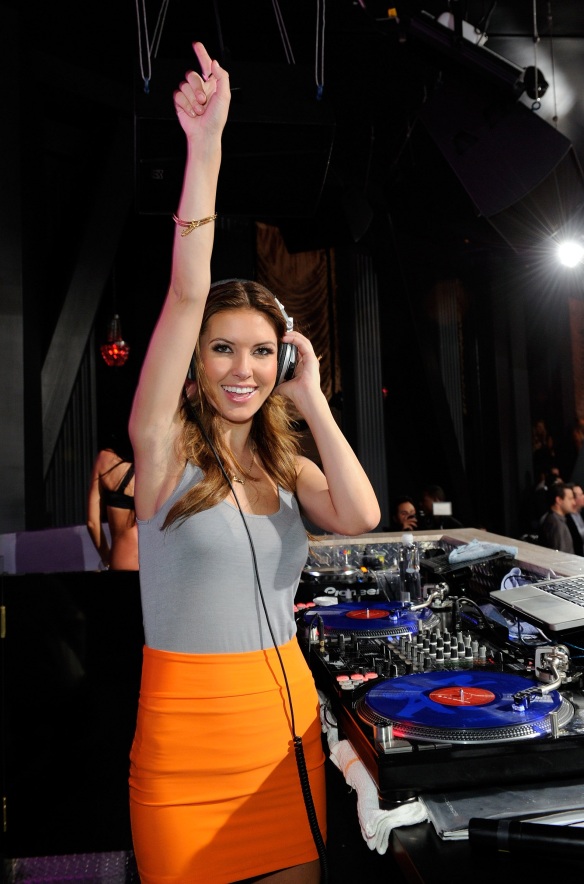 Audrina Patridge arrived in Las Vegas on Friday and spent the weekend partying, capping it off with a night at Chateau Nightclub & Gardens at Paris Las Vegas Saturday, as she helped officially kick off Spring Break with a bash at the nightclub.

Audrina was joined by her beau Corey Bohan, and a source tells gossipdavid.com that “the two were joined by a group of friends at their VIP table,” adding that Audrina spun tracks in the deejay booth. Afterrwards, “she danced, drank and partied with her friends late into early morning hours.” 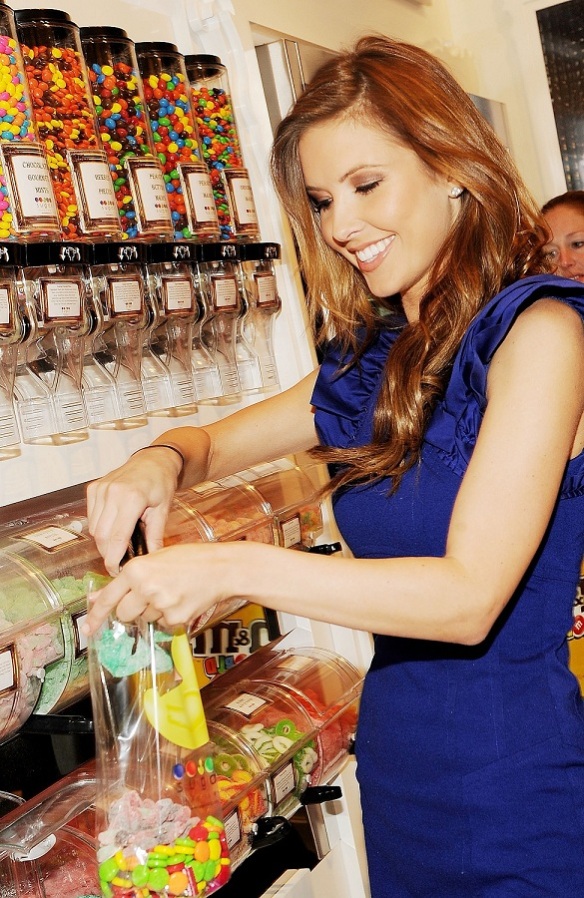 Audrina Patridge sure has a sweet tooth!

Decked out in a Ted Baker dress and Giuseppe Zanotti heels, the former star of The Hills and Audrina, maneuvered through the store, picking up a hot pink ceramic cupcake bank, a set of Sugar Factory temporary lip tattoos, and a Red Velvet Cake Pop.

Check out the photos below!