Check out these photos!! Click on each to enlarge and launch gallery:

(All photos by Benjamin or David X/BFAnyc.com; except the following Getty Images: Matt and Luciana, Jared Leto, Jimmy Fallon)

Just across the street from the tents at Lincoln Center, The Daily Style Sessions  at the Empire Hotel Rooftop, was the spot to chill out post-show.

Check out the pics!

Rebecca Taylor held her fall 2012 fashion show at the Stage at Lincoln Center on Friday, with an eclectic celeb mix of reality TV stars and rock royalty.

Rebecca Taylor’s fall collection says the collection is  “comprised of sensual fabrics tailored into easy, modern silhouettes.  The color palette is saturated with rich mercurial hues, accented with sequins and studs highlighting the feminine form.  Abstract prints are enhanced with digital manipulation.  All in all, a rich, layered, representation of casual luxury.”

At Lincoln Center’s The Box Thursday night, the Diet Pepsi Style Studio Fashion Show was held, presented by Simon Doonan (Barneys New York’s “Creative Ambassador-At-Large”) with stage design by his partner, home design guru Jonathan Adler. The runway and front rows were created by placing a slab of material over a series of stacked Pepsi cans, while fabric lanterns above were covered in a stylized Pepsi logo. A pair of bars at opposite ends served champagne — and, of course, Diet Pepsi served with the cutest straws covered in Pepsi logos.

Diet Pepsi teamed up with Doonan, the show’s director and curator, and gave four up-and-coming designers the opportunity to present their collections. The show featured three themed fall looks from each designer “with their unique hometown perspective,” according to organizers. Some pieces with metallic finishes were inspired by the long-and-lean Diet Pepsi can.

Check out the photos below of Debra Messing with Jonathan Adler, Jonathan Cheban and Angela Simmons, Kristin Chenoweth flanked by Kelly Rutherford and Jennifer Aspen, Kristen and Jennifer, and Mary-Kate Olsen with Simon Doonan.

The star of the super-hot TV show Smash, Megan Hilty, made her Fashion Week debut Thursday night at Cynthia Rowley’s show at the IAC Building.

Hilty, who stars in the show opposite Katharine McPhee, was joined by Fashion Week regulars Rebecca Romijn, Kelly Rutherford, and Abigail Breslin, at the Fall/Winter 2012 presentation.

Click on photo to enlarge and open slide show.

What did the front row look like? Mary-Kate and Ashley Olsen arrived just in time for the show, and chatted with each other and buyers and editors next to them..Kelly Bensimon was flanked by Matthew McConaughey‘s fiance Camila Alves, and Maria Menounos, and the trio were gabbing the whole time, and seemed like pals…Next to Maria was The City‘s Olivia Palermo…Also in the front row was Star Jones, who was seated next to  Cheryl Burke, who kept to herself and constantly checked her BlackBerry.

And Maria’s maternal instincts came out, when she held the nearly month-old baby of one of the fashion show producers. She told GossipDavid.com, “Babies are like medicine. Like Tylenol and crack together!” 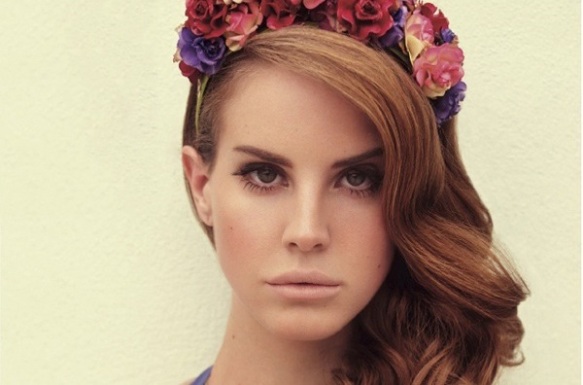 And the most important task for show organizers is who to sit in the front row, or rather which celebs

A slew of celebs are in town — including Mary-Kate and Ashley Olsen, Kellan Lutz, Shia LaBeouf, Lindsay Lohan and many others are in town — there’s always the hunt for the most-sought after celeb.

“Everyone has been trying to get her,” Alison says. But Lana’s rep says the singer won’t be in NYC, but L.A., performing.

Who else would be a dream front-row guest? “Angelina Jolie and Demi Moore or Katy Pery would be great this season because they’re in the news,” says Kelly Cutrone.