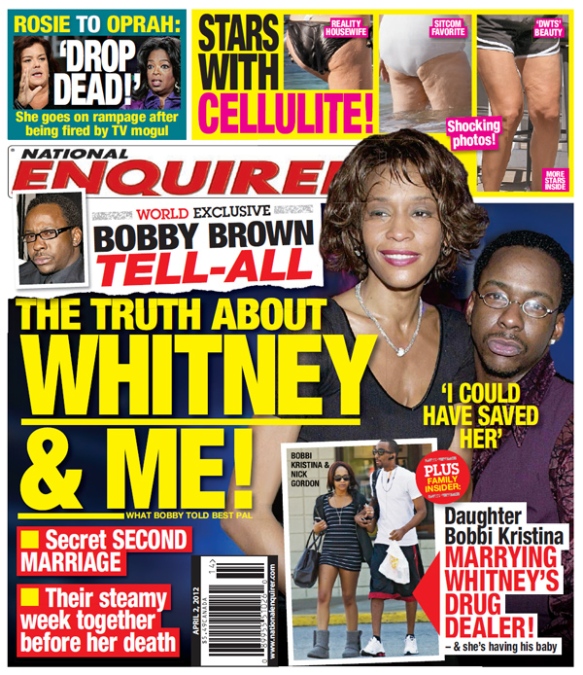 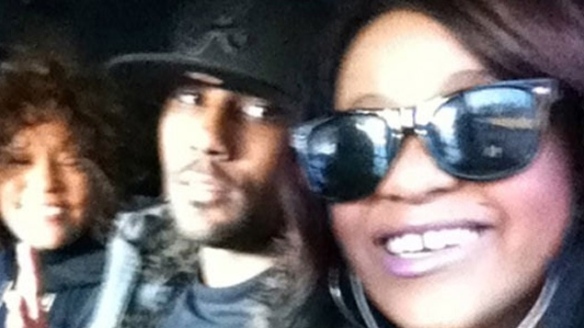 And that’s an understatement!

A friend of Cissy tells TMZ that the matriarch said “what they’re doing it incestuous,” in reference to video and photos of Bobbi Kristina, 19, and Nick, 22, kissing.

Whitney never officially adopted Nick, but took him in when he was just 12 years old after his mother was unable to care for him, TMZ reported.

Still, the pair refer to one another as “brother” and “sister,” and Nick lives with Bobbi Kristina in the Houston family home in Atlanta.

After rumors that the two are dating surfaced earlier this month, Nick took to Twitter to slam haters.

“Yea we got a little closer and what!” he wrote. 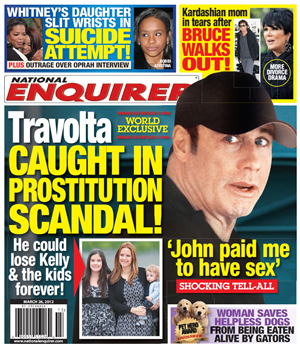 The National Enquirer never disappoints! The cover’s always an eye-grabber, but tell us more about the prostitution scandal! 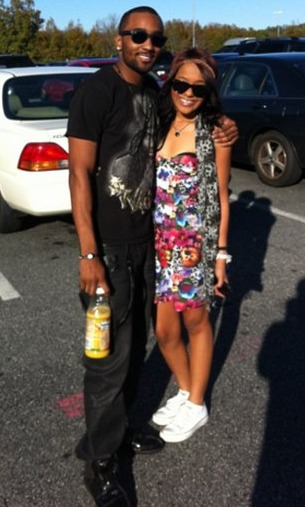 Bobbi Kristina is secretly engaged to Nick Gordon, a longtime friend who’s known as her “adopted brother,” Star is reporting.

“Nick proposed to Krissy on March 10, and she said yes,” a family friend told Star. “Krissy said Nick is the only person she trusts in the world. They have a very deep connection.”

While Star is reporting about the engagement, Nick himself told ABCNews.com, “We’re just close — just going through her mom’s passing and grieving together.”

The special snagged about 3.5 million viewers, the most-watched show in the network’s history.

In her first interview since Whitney Houston‘s death, daughter Bobbi Kristina Brown says she feels her mother’s presence with her “all the time.”

“She’s always with me,” the 19-year-old told Oprah last night, “Her spirit is strong, it’s a strong spirit. I feel her pass through me all the time. I can hear her voice in spirit talking to me, saying, ‘Keep moving, baby. I gotcha.’ Her spirit is strong.”

Bobbi Kristina said she’s “doing as good as I possibly can” and credited her family and God for helping her cope since her mother’s death on Feb. 11.

“It comes in waves. One moment I can be happy and laughing, but then it comes over me. It’s my mom,” she told Oprah.

Bobbi Kristina said the night before her mother’s death, she asked to spend the night with her.

“I slept in her arms all day, all night long,” said Bobbi Kristina.

Pat Houston said in the days before Whitney died, the singer had not been abusing drugs, despite reports that she had been acting erratically. She said an event she attended two days before her death where Whitney looked disheveled was particularly difficult because the legendary performer got into a verbal spat with a former contestant on the “X Factor.” Pat Houston would not name the woman, but Stacy Francis has said that she and Whitney Houston had words that night.

According to Pat Houston, Francis “made herself present everywhere we were,” unnerving Whitney and leading to an argument.

The day of her death had been uneventful, according to her manager. Whitney had lunch in her hotel and was preparing for her mentor Clive Davis’ annual party. Houston was scheduled to tape an infomercial and other interviews that day.

Pat Houston went out to run errands for about a half hour and when she came back, Whitney Houston’s assistant went to check on the singer.

“When I headed down the hallway (to her room), I heard screaming,” she said.

When Pat Houston arrived in the room, she saw the singer’s security guard frantically trying to revive her ahead of the paramedics. He told her: “I tried.”

Pat Houston said the singer had “a peaceful look on her face.” The cause of Houston’s death has not yet been revealed.

The 90-minute television special also touched on the singer’s ex-husband, Bobby Brown, who had a tumultuous marriage with Houston. While some have accused Brown of introducing Houston to drugs, leading to the once pristine singer’s downfall, Pat Houston said that was untrue, and both Pat and Gary Houston had warm words for Brown.

“I loved Bobby Brown. Bobby was a good guy,” said Gary Houston, her older brother. “I don’t know how good they were for each other.”

They also denied that the Houston family had asked Brown to leave her funeral service or didn’t want him to come; Brown showed up briefly but left after a dispute over seating.

“Bobby was supposed to be there,” said Gary Houston.

Pat Houston said Bobby Brown and his daughter have a relationship, but indicated they hadn’t spoken since at least Houston’s funeral.

Bobbi Kristina said she planned to carry on her mother’s legacy and become a singer, as well as act and dance. She expressed frustration over the “negativity” surrounding her mother’s image: “That’s not my mother.”

Instead, she described her as her confidant, a sister, her best friend – “my everything.”

She still spends time in the house she and her mother shared together, and at times said it’s hard to believe she’s not there.

“Sometimes, it’s so surreal. I still walk into the house like, ‘Mom?”‘ she said. “But I’ve accepted it.” 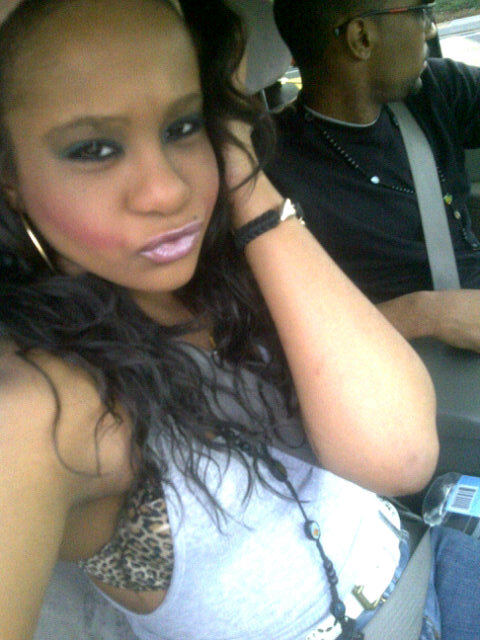 Whitney Houston‘s daughter Bobbi Kristina wants to shed “Bobbi” from her name, because of its connection to her father Bobby Brown.

Bobbi Kristina has been telling friends she will become “Kristina Houston,” according to TMZ, which also reports that she first pushed to change her name six years ago when her parents separated, but mom Whitney blocked the change.

The root of the 19-year-old’s wrath stems from when her dad left Whitney’s funeral after a disagreement over seating arrangements.