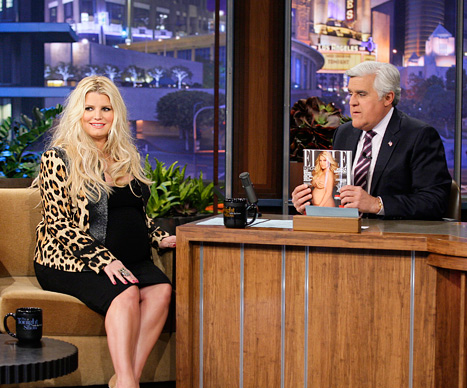 Jessica Simpson on The Tonight Show With Jay Leno (NBC)

When asked by Jay Leno, during an appearance on his show last night, about the rumors, she said, “No, it’s not twins. I know it looks like it!”

And Jessica’s not looking too forward to giving birth: “Labor is really going to hurt,” she said. “I have so much respect for my mom and all the women across the world.”

But Jessica, who’s expecting a girl with fiance Eric Johnson, assured Jay that she wasn’t about to pop: “Not quite yet. We have some time.”