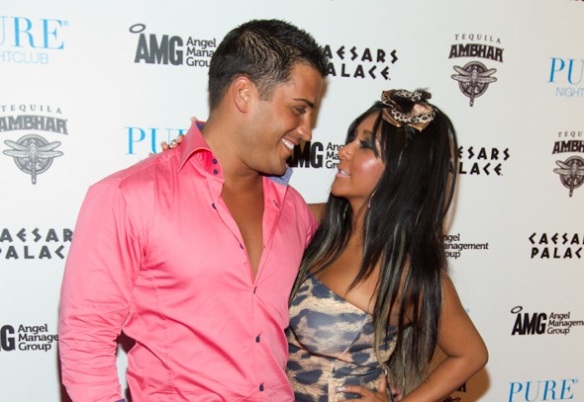 We can’t keep up with Snooki!

She and fiance Jionni LaValle are planning to marry, according to People.

“I know he’s the one so I know the ring’s gonna come soon,” Snooki told the magazine in January.

Meanwhile, shooting of the spin-off starring Snooki and JWOWW is currently under way in Jersey City, N.J., where the pair live in a converted firehouse together. Because of Snooki’s pregnant, MTV has scrambled to alter the plot.